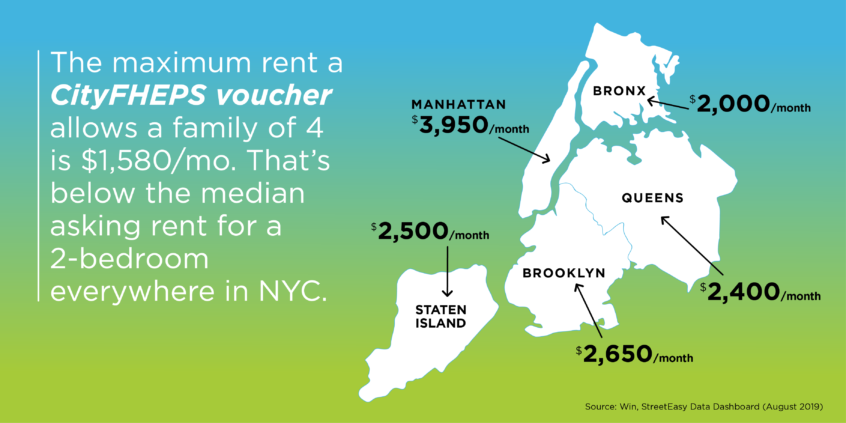 Currently, the vouchers pay $1,580 for 3-4 person household, with the City Council’s proposed increase to fall in line with the fair market rent of a 2-bedroom apartment, $1,951.

More than 40 groups – including Nazareth Housing, fellow homeless service providers, housing developers and advocates, and social service providers – have signed on to a letter supporting the passage of this bill.

Raising the value of these vouchers will allow thousands of families with children move easily from shelter to permanent housing by reducing barriers to stability and independence.

Given the majority support in the City Council, the bill is veto-proof, though support from City Council Speak Corey Johnson and Mayor Bill De Blasio is still pending.