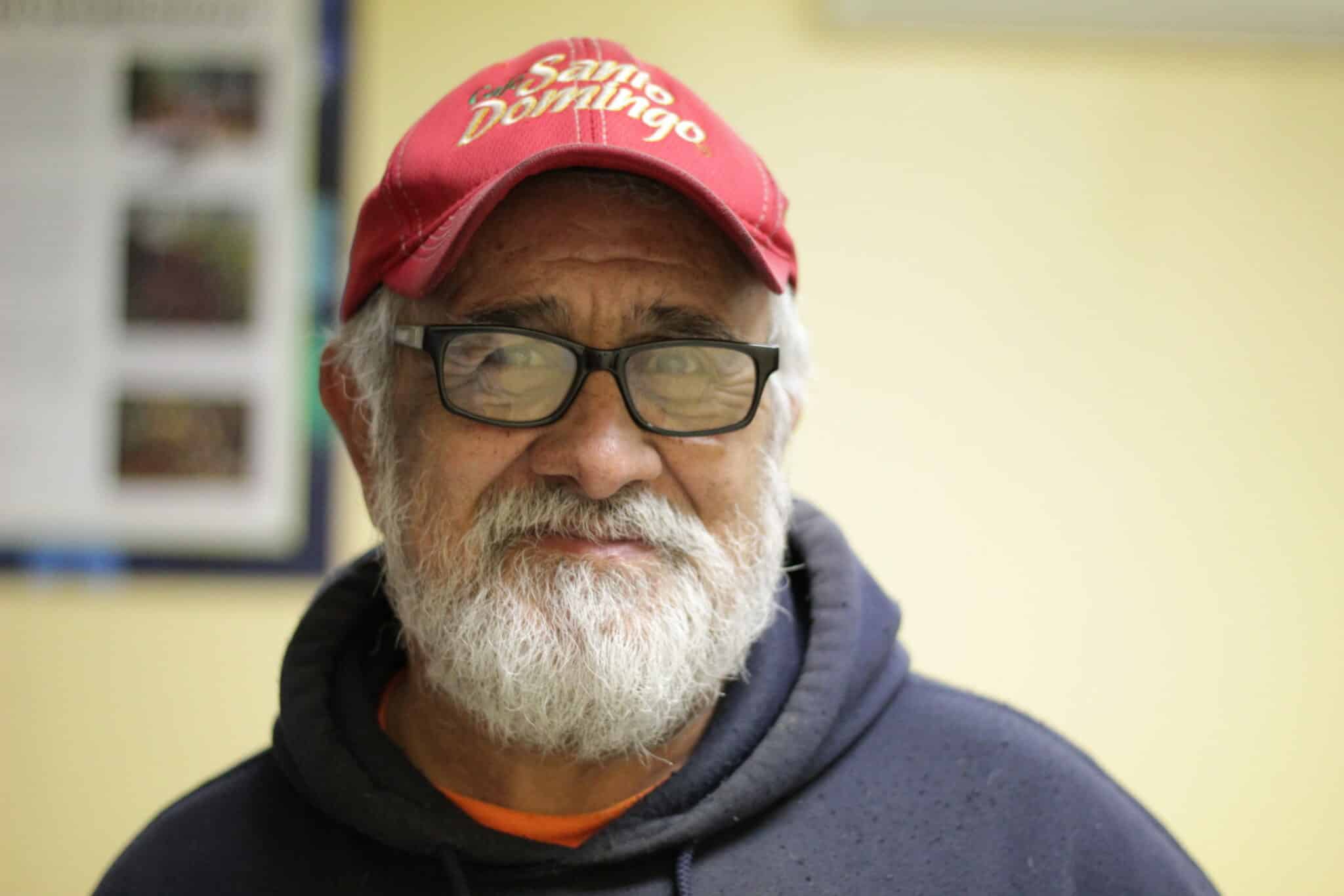 Asir, an older male living in Hoboken, New Jersey, had always had a good relationship with his landlord – until he lost his job and started to fall behind on rent. Suddenly, after 5 years in the apartment, the landlord lost patience and stated that Nasir needed to leave in two weeks; he wanted to rent the apartment to a family member, instead. Nasir thought he had no options, and couldn’t sleep for days. He was set to start a new job soon, and the thought of dealing with an eviction at the same time was overwhelming.

None of the agencies Nasir went to for assistance would even allow him to explain his problem. It wasn’t until his friend referred him to Nazareth Housing that a case manager was finally willing to listen to his story and explain the options available to him. For one, he didn’t realize that the landlord couldn’t force him to leave in 2 weeks – he had to give at least 30 days’ notice. He also hadn’t realized that he would get his security deposit back, allowing him to make a deposit on a new apartment.

After his first meeting with Nazareth Housing, Nasir had a good night’s rest for the first time in weeks. He took his case manager’s advice and talked to his landlord, working out an arrangement to stay in the apartment until he found a new place. He also got his deposit back, and was able to begin his new job relatively stress-free.

Francis was a single mother with four kids working full-time when her childcare provider fell through. Francis was forced to work part-time in order to care for her children while she searched for a new provider. By the time she found a new childcare provider, Francis had fallen behind on rent and utility bills and faced eviction.

Nazareth Housing’s Outreach and Prevention team helped Francis by providing immediate financial assistance to cover her rent and utility arrears and one-on-one financial coaching to create a sustainable budget for her family. 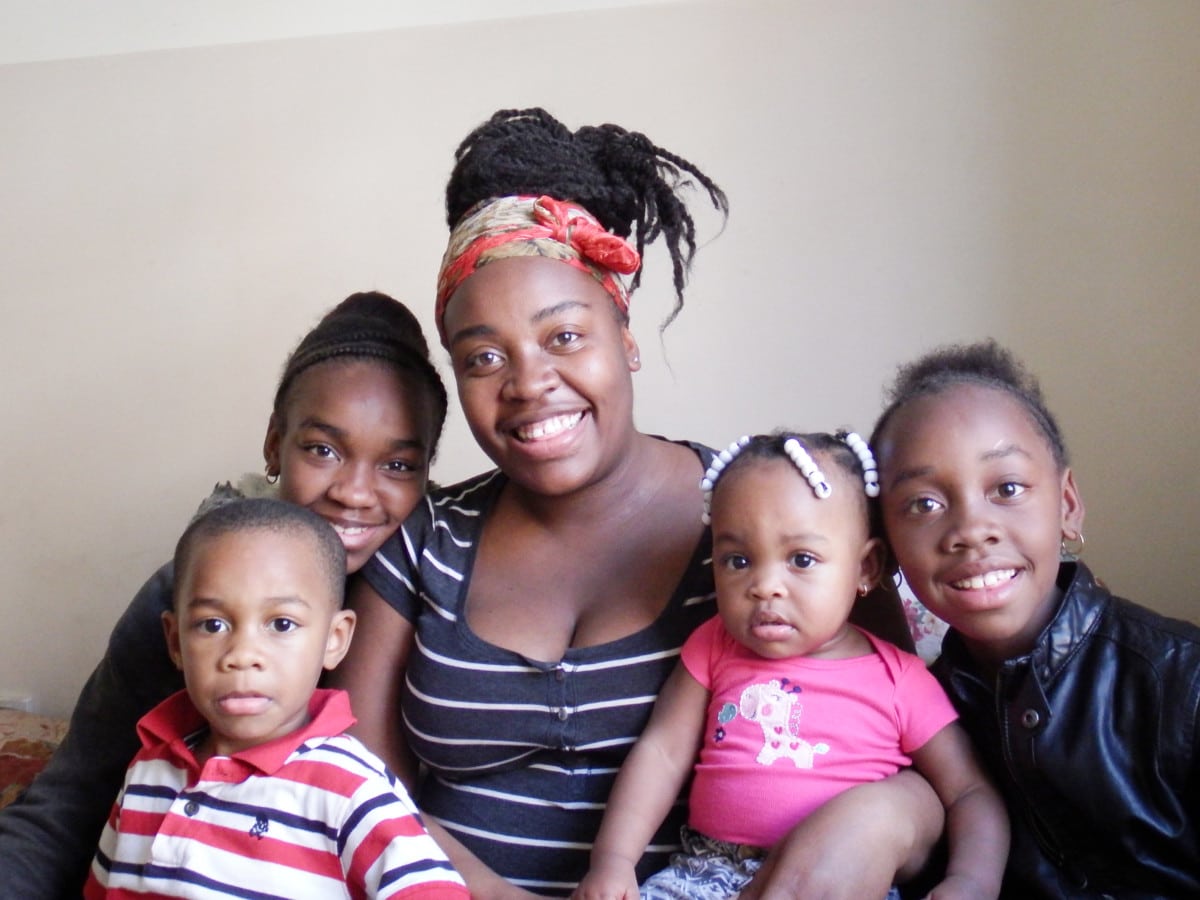 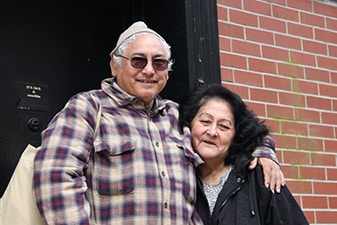 In August 2015 Arnulfo and his wife were priced out of their Brooklyn apartment by new owners. The rent increase, plus hospital bills from a family hardship a year earlier, meant the couple were forced to become homeless.

After seven months of staying separately with family and friends Arnulfo contacted Nazareth Housing for guidance and housing assistance. A Nazareth Housing client services and prevention specialist met with the couple and together developed a step-by-step housing action plan.

On March 1, 2016 Arnulfo and his wife happily moved into their newly developed apartment building. The couple is now stably housed in Brooklyn.

Rosa arrived at Nazareth Housing shelter as an unemployed single mother having survived domestic violence. Using an array of supportive services, Nazareth Housing assisted her immigration regularization and arranged internship programs until she received permission to work in the United States. Rosa earned a paid position within a program in the Mayor’s Office to Combat Domestic Violence.

She and her children are now living in their own apartment with the help of a domestic violence LINC housing subsidy. With our ongoing support, Rosa is building her economic independence and her kids are succeeding in school. 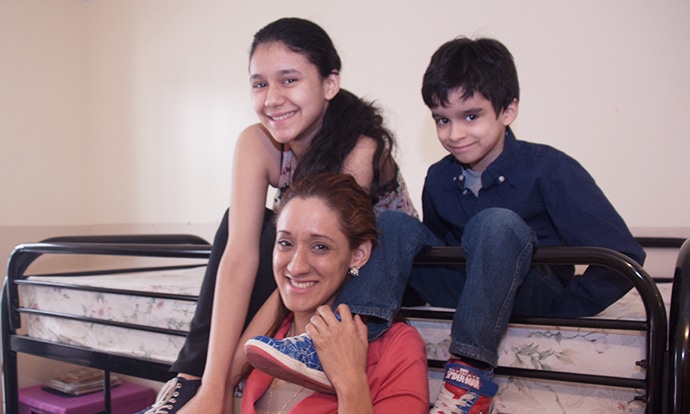 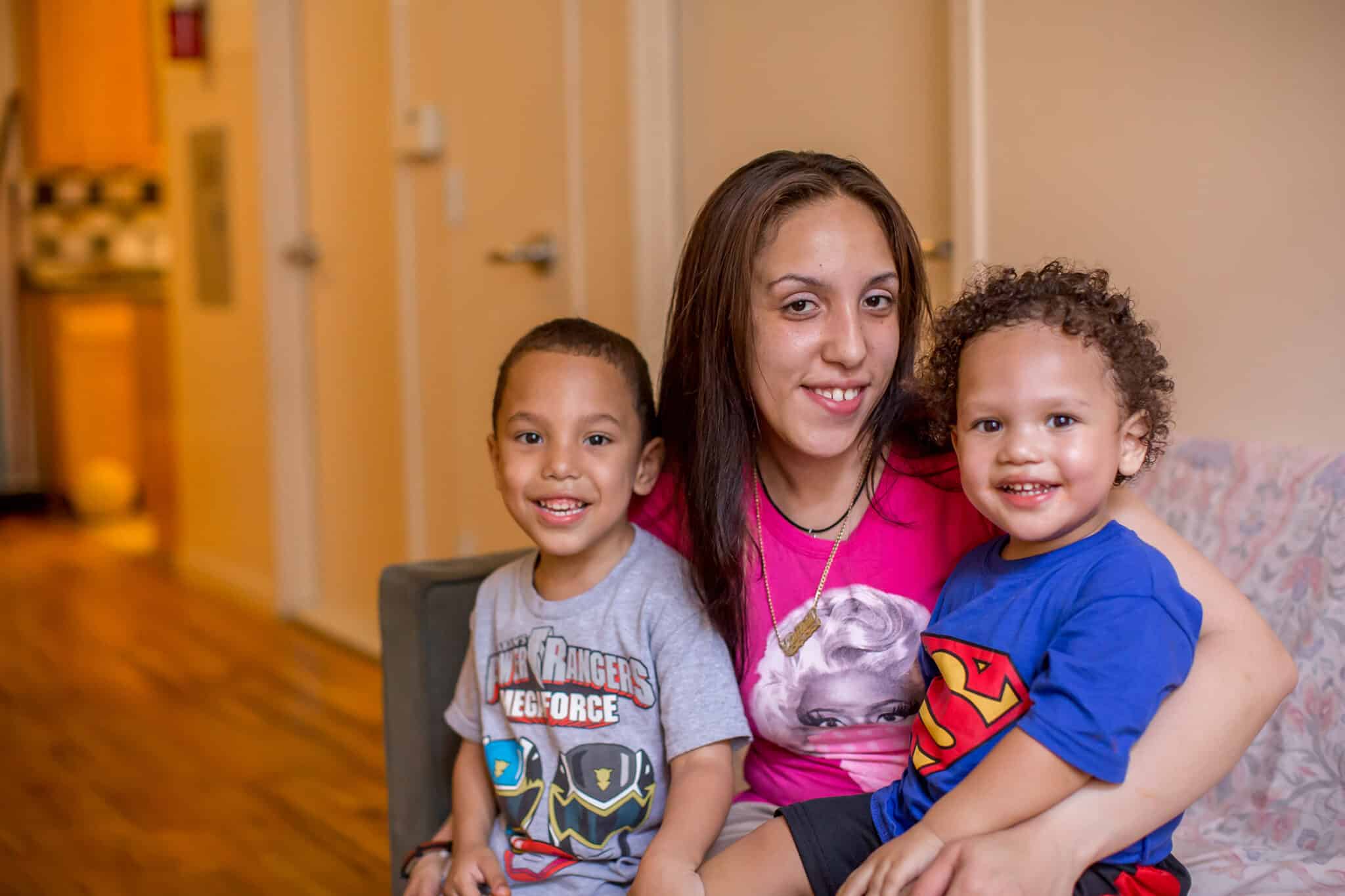 From the day Carla arrived at Nazareth Housing, she was determined to be a success. A young mother of two young children, Carla met regularly with her Nazareth Housing case manager to develop her own unique Independent Living Plan that would identify and alleviate barriers to safe housing and meaningful employment.

With the help of her case manager, Carla completed a rigorous training program to become a home health aide and soon secured a job in that field. Soon after, Carla qualified for the LINC (Living in Communities) subsidy program and moved into permanent housing. Carla and her children spent only six months at Thorpe House!